Me in the Machine

We have an ice machine at work.
Today, it started up, and the cacophony
of trillions of mini-jet engines buzzing,
grinding motors, fans sounding like buzz
saws jazzing their way through fingers,
and then I heard the man
inside. I heard his gurgling
complaints, like muffled
screaming, screaming from a radio
not tuned in to the horror. I looked up,
and it was true; it was big enough
to retain a man, like a colossal milk
dispenser in the college canteen
that’s always bursting and angry. So,
I told myself, “He’s in another
world. He’s not here.” The world
was long ago in my past, and the ice
did not want to dribble out
for the man’s hair entrammelled
the place where it, the ice,
was meant to suffuse. I ruminated
on the way to my desk:
no clue how a human was so smart
as to invent an ice machine. That man
in there was long ago in the past
when I would see myself each day,
for most of the longest middle part
of the sick day, hanging from the oak tree
in the deserted field in a noose
made by an idiot, longing
for the day to end, but I was
suddenly praying that the man
in the machine was in that
world of my past and that he had
nothing to do with scoping some
future world for me. I was praying
and realizing I’m too stupid to understand
how someone designed an ice machine,
but I had my water and I had work
to do today, and I hoped that I would
have work to do tomorrow but
didn’t fret about it. I can still hear
the man’s screaming, he is I and
was that long ago, so very long ago?
I don’t try to remember my voice
from so long ago. I simply continue
to hear it, to hear it, to feel it.

A  tribute to John Cage, 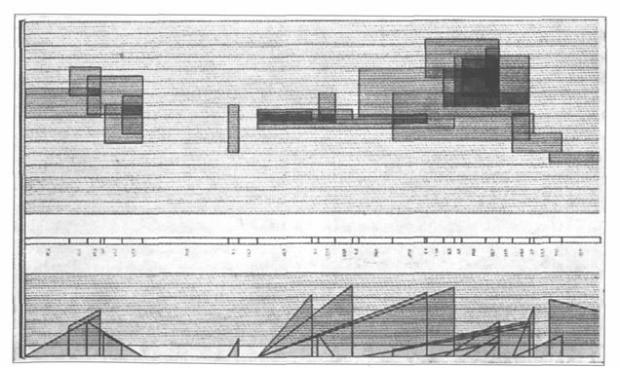 [to be read aloud, musically, peacefully:]