The Death of Dreams

Not old but old enough to be dead.

Watching a car wreck not long before the wreck.

Avery Fisher Hall, bigger than all of earth’s atmosphere,

With Ode to Joy blasting away at the darkness of space,

All so tan and so wood-bound, like being within a still heart.

Give me that black block and put me on top and enjoy me.

Allow me to stomp, stomp heavily and wave gloriously.

Allow the sound to push me against the rail.

Allow the audience to believe that I shower magic.

Thank you Beethoven, but it is I who brings this new world

Into a massive blizzard of velvet blankets all curled about,

all parading invisibly in the tan landscape with worshippers.

The brown shells crush me to liquid.  I am not Beethoven!

The razor cut stains the shirt and tells of the carelessness

Of a man who is swimming in pipes with Drano running green.

Watching the liquid flow before there is liquid.

Stringing machine poised to give me my haircut, shortest of all.

Mother is a pro, stoic, above the messy soup of my windy work.

All respect Mother, and she need not respect any and shuns my failure.

McEnroe screams out and up and throws the wood of old as I wish,

But my screams stay inside, scraping the brain and eating my heart,

Jack Kramer should be tossed, but Mother forbids imperfect humans.

Tilden is brilliant.  Losing in order to win.

I lose and lose and never win.  I  am not Tilden.

Swamped by the heavy pink and purple.

Humans attack and hate, and skin is thin.

Watching me, some see the tears, all laugh vigorously. 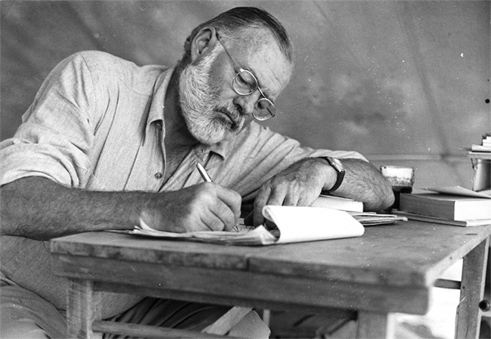 Stravinsky creates a furnace for fiction.

Complex dances with language that looks lacey and pretty.

It trips the mind with sand in a storm, like a muddled trash pile.

Shostakovich Ten craves the powder falling from the ceiling.

PB destroys, walking across the large square with her wet paws.

Powerful King shredding the perforations as The Sun Also Rises.

Stabbing at the wall.  Nobody feels love like I do.

Nobody feels tragedy as I do.

The cold pierces the mind and survival is not likely.

Fierce black ice kills.  I am not Hemingway.

Shear the top off.  Take my head off and make me stupid.

I’ve submitted this for One Shot Wednesday.  Grateful that it’s another nice Wednesday.

This entry was posted on December 14, 2010, 10:30 pm and is filed under Poems. You can follow any responses to this entry through RSS 2.0. You can leave a response, or trackback from your own site.